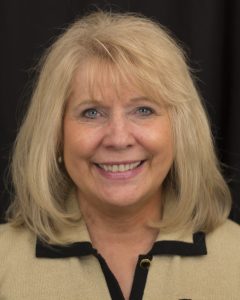 Sharel Reber is retiring after 20 years of service in the Utah Attorney General’s Office.

“Sharel is one of heroes of the Utah Attorney General’s Office,” said Attorney General Sean Reyes. “She fills an essential role in the Office’s law enforcement mission, advocating and litigating on behalf of the Department of Corrections and the Board of Pardons. Last year we recognized her as attorney of the year for her excellent legal work on behalf of the Office. She is a leader by example, and a mentor and friend to all.”

Sharel has served in the Utah Attorney General’s Office for twenty years, most recently as State Agency Counsel for the Office and the Department of Corrections

As the Director of the Corrections Section, Sharel advises and litigates on behalf of the Department of Corrections and the Board of Pardons, often dealing with time-sensitive issues of the first impression in an evolving area of law. While working as Section Director for the Corrections Section, Sharel handled hundreds of Prisoner Writs, helped administer the Sex Offender Registry, oversaw the Parole Revocation hearings, provided excellent representation to the Board of Pardons, and has mentored her section members, training to countless corrections officers and maintained an upbeat positive professional attitude. She was also Attorney of the Year in 2015.

Those who work with her have noted that one of Sharel’s most noteworthy and admirable traits is her ability to mentor those around her.  She advocates for her employees in every way and is quick to praise good work and looks for opportunities to recognize employees while never seeking the spotlight for herself.   However, when necessary, she encourages attorneys in her section to do better work.  If work is in need of revisions, Sharel points those out in a respectful way and offers her assistance and guidance.

Sharel does all this with grace and a positive attitude, creating an enjoyable workplace. Her commitment to excellence and can-do spirit in a difficult role represent the best of the public service our office provides. She will be missed, both for her stellar legal work and her kindness as a human being to all those around her.