The TCPA, enacted in 1991, is a critical piece of federal consumer-protection legislation allowing states to sue illegal robocallers on their residents’ behalf. A decision in the Fourth Circuit U.S. Court of Appeals recently invalidated a portion of the act, potentially jeopardizing the entire federal robocall ban.

“Everyone hates those constant robocalls, which are both annoying and harmful at times,” Attorney General Reyes said. “On behalf of Utah consumers, I am continuing our state’s fight to safeguard peace and privacy without the disturbance of unwanted calls interrupting people’s routines at all hours of the day and night.”

“No court has ever questioned the constitutionality of the TCPA’s robocall restriction, and we must ensure no such challenge is ever taken seriously,” Attorney General Hill said. “We have state laws prohibiting robocalls right here in Indiana, and we must defend our ability both at the federal and state levels to continue protecting Hoosiers from annoying and illegal robocalls.”

Attorney General Reyes continues working with other states’ attorneys general, federal agencies and telephone service providers to develop better technologies and stronger regulations aimed at blocking nuisance phone calls, some of which are perpetrated by scammers and identity thieves. 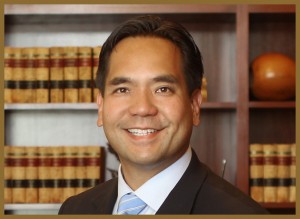 The public benefit, in this case, was grant money from the Missouri Department of Natural Resources to subsidize pour-in-place rubber surfaces for playgrounds. Trinity Lutheran Church in Columbia, Missouri applied for a grant to resurface its preschool playground from pea gravel to the softer rubber surface. Trinity Lutheran’s application ranked fifth out of more than a dozen submitted that year, but the Department denied the application solely because a church operated the preschool. By a 7-2 vote, the Court concluded that the Department’s actions violated the church’s rights under the Free Exercise Clause.

The decision, with the majority opinion authored by Chief Justice John Roberts and joined by Justices Anthony M. Kennedy, Samuel Anthony Alito Jr., and Elena Kagan, can be found here (PDF). Justice Sonia Sotomayor dissented, in an opinion joined by Ruth Bader Ginsburg. Justices Clarence Thomas and Neil M. Gorsuch joined the opinion in full, except for a footnote. Justice Stephen G. Breyer concurred in the judgment and wrote a separate opinion.